Fashion‘s raison d’etre is to destroy tradition. Any tradition, except the tradition of continually challenging the tradition. Yes, at times it recycles and mingles traditions and jingles about it but the next year or the next season fashion must kill itself along with the traditions that were its inspiration and reinvent into something new, fashionable, as per its own identity and definition. That which was very good yesterday is oh so old today. And what is oh so trendy today will be oh so worn out tomorrow.

But folks, stop right here. Because men themselves, placing willingly under the lordship of fashion, make themselves fashionable, and, unavoidably, will once become out of fashion. Before they are dead. That is why we already have Second Hand institutions for worn out humans. Some call them asylums. But just a place like this, for out of fashion, worn out humans, was the Gulag, and the concentration camps.

By placing himself under the tyranny of fashion man himself places willingly and blissfully under the tyranny of death. Death while alive. The worst kind of death. For the moment you will not be able to keep pace with the fashion of the day, you are dead. Considered dead by those luckily enough to still keep the pace.

Meanwhile the old book wisely says: And not fashion yourself to the age. Be transformed not by the fashion of the age, but by the renewing of the mind according to the everlasting truth which never is out of fashion. But what can we do in an age when the good old book is read with the age’s glasses? 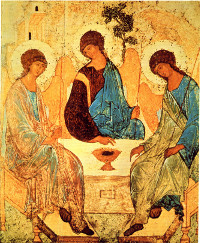